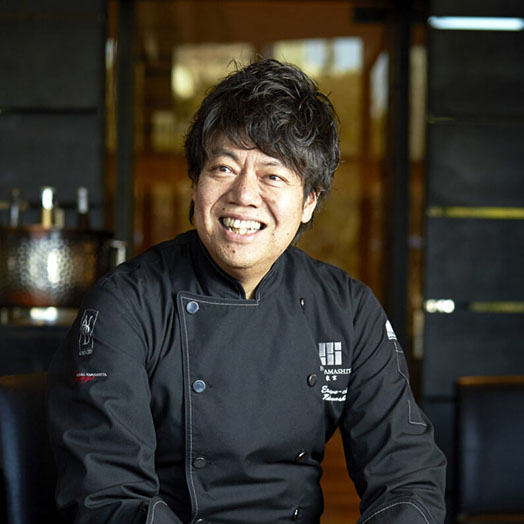 Executive chef and owner of HAL YAMASHITA.
Born in Ashiya, Kobe in 1969.
HAL’s sense of taste has influenced and developed in Kobe where he grew up.
Since he has traveled and learned in many other countries, different cultures and culinary styleshave let him develop his own fusion style of cooking.